Fall is here and so is school. So I bought ALOT of books in spirit of back to school. This really is a HUGE bookhaul. I don’t know why I’m not broke…

The fourth volume in the New York Times bestselling series continues Celaena’s epic journey and builds to a passionate, agonizing crescendo that might just shatter her wor

As I’ve stated before, I’ve  already read this series but I just want to get a Physical Copy for my selves. Plus, I read these books I think a year ago so my mind is a bit blurry so I want to make it all clear for Empire of Storms. Just a quick re-read through the series to re

The bestselling series that has captured readers all over the world reaches new heights in this sequel to the New York Times best-selling Crown of Midnight. Packed with heart-pounding action, fierce new characters, and swoon-worthy romance, this third book will enthrall readers from start to finish.

Something I didn’t like about these books is that there was a new love interest focused on in every book, but it ended with Heir of Fire. Don’t get me wrong, each love interest is an amazing character, but lets just stick with one.

3. Legacy of Kings (Blood of Gods and Royal #1)by Eleanor Herman

Imagine a time when the gods turn a blind eye to the agony of men, when the last of the hellions roam the plains and evil stirs beyond the edges of the map. A time when cities burn, and in their ashes, empires rise.                                                                             Alexander, Macedonia’s sixteen-year-old heir, is on the brink of discovering his fated role in conquering the known world but finds himself drawn to a newcomer… Katerina must navigate the dark secrets of court life while hiding her own mission: kill the Queen. But she doesn’t account for her first love…   Jacob will go to unthinkable lengths to win Katerina, even if it means having to compete for her heart with Hephaestion, a murderer sheltered by the prince. And far across the sea, Zofia, a Persian princess and Alexander’s unmet betrothed, wants to alter her destiny by seeking the famed and deadly Spirit Eaters.

I haven’t read this book yet, I’m hesitating because the content seems good but Goodreads gave it an OK rating.So…

4. Empire of Dust (Blood of Gods and Royal #2) by Eleanor Herman

AHHHHHH! I read the description by mistake and got spoiled. My eyes, the knowledge, it BURNS…..

5. And I Darken (The Conguerors Saga #1 ) by Kiersten White

Ever since brutal Lada Dragwlya and her gentle younger brother, Radu, were wrenched from their homeland of Wallachia and abandoned by their father to be raised in the Ottoman courts, Lada has known that being ruthless is the key to survival.Lada despises the Ottomans and bides her time,  Radu longs only for a place where he feels safe. And when they meet Mehmed, the defiant and lonely son of the sultan, Radu feels

that he’s made a true friend—and Lada wonders if she’s finally found someone worthy of her passion Together, Lada, Radu, and Mehmed form a toxic triangle that strains the bonds of love and loyalty to the breaking point.

Overall, I liked this book but there are a couple of times where I thought Lada went out of character. And there definitely were certain parts of this book that was a huge turn off. But it was a good story with an OK plot, but I will definitely be reading the sequel.

For thirty-five girls, the Selection is the chance of a lifetime. The opportunity to escape the life laid out for them since birth. But for America Singer, being Selected is a nightmare. It means turning her back on her secret love with Aspen, who is a caste 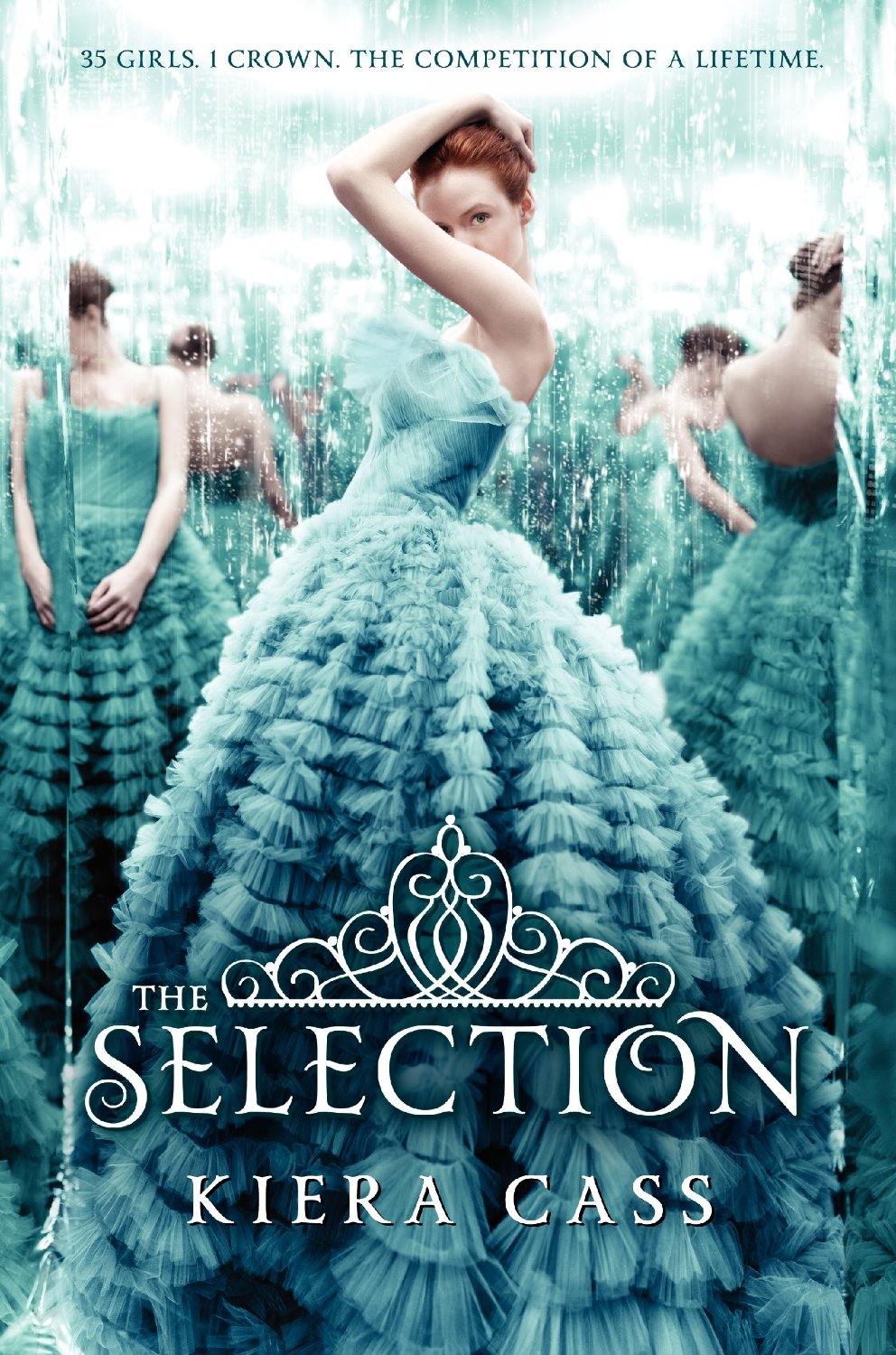 below her. Then America meets Prince Maxon. Gradually, she starts to question all the plans she’s made for herself—and realizes that the life she’s always dreamed of may not compare to a future she never imagined.

I’ve read this series already last summer. This series is amazing, I absolutely loved it. America was so frustrating with her stupid decisions, but it was so relatable so how could we blame her? I loved the heart-warming romance, the action, the sacrifices, and most of all, Maxon.

The Selection began with thirty-five girls.Now with the group narrowed down to the six Elite, the competition to win Prince Maxon’s heart is fiercer than ever—and America is still struggling to decide where her heart truly lies. Is it with Maxon, who 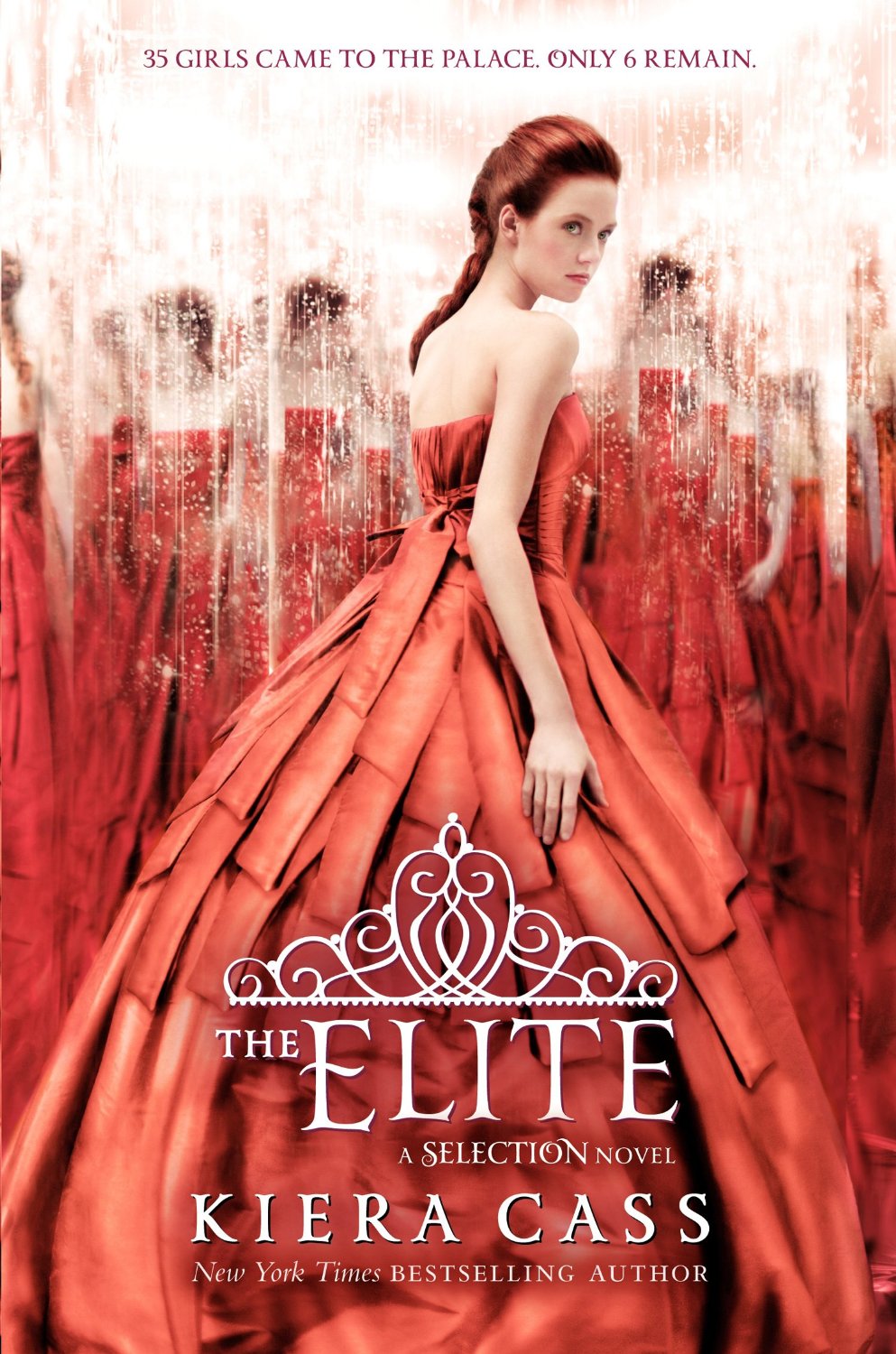 could make her life a fairy tale? Or with her first love, Aspen? America is desperate for more time. But the rest of the Elite know exactly what they want—and America’s chance to choose is about to slip away.

This sequel was very good, I loved it as much as the first book. If you read The Selection and you haven’t read the Elite… WHAT ARE YOU WAITING FOR?!?

The time has come for one winner to be crowned. When she was chosen to compete in the Selection, America never dreamed she would find herself anywhere close to the crown—or to Prince Maxon’s heart. But as the end of the competition approaches,
and the threats outside the palace walls grow more vicious, America realizes just how much she stands to lose—and how hard she’ll have to fight for the future she wants.

This ending burned my soul, I am scarred for life. This last ending is drastic but very believable, it was a major shock in more than one. We get hit with a bowling ball straight in the face, we go the hospital crying. Than the entire hospital collapses on us. You will want to read this book because even though the ending is drastic, it still has the classic happily ever after.

Princess Eadlyn has grown up hearing endless stories about how her mother and father met.  Eadlyn has always found their fairy-tale story romantic, but she has no

interest in trying to repeat it. But a princess’s life is never entirely her own, and Eadlyn can’t escape her very own Selection—no matter how fervently she protests. Eadlyn doesn’t expect her story to end in romance. But as the competition begins, one entry may just capture Eadlyn’s heart.

I did not like this book one bit, it was a huge let down to the previous three books. The main character was a huge power-hungry snob, who tells herself every morning she the most powerful person in all of Illea. I have hope for the next book though, if Keira Cass gave us America and Maxon, than I have hope she can turn this doulogy around… Somehow…

10. The Beauty of Darkness (The Remnant Chronicles #3 )  by Mary E. Pearson

Lia has survived Venda—but so has a great evil bent on the destruction of Morrighan. And only Lia can stop it. With war on the horizon, Lia has no choice but to assume her
role as First Daughter, as soldier—as leader.  In this conclusion to

the
Remnant Chronicles trilogy, traitors must be rooted out, sacrifices must be made, and
impossible odds must be overcome as the future of every kingdom hangs in the balance.

This was an amazing ending to a great trilogy, I would highly suggest this book for anyone, and if you haven’t read the last book but haven’t read the others? What are you waiting for? Go. Now. Go to the bookstore and get it now.

In a land ruled by a murderous boy-king, each dawn brings heartache to a new family. Khalid, the eighteen-year-old Caliph of Khorasan, is a monster. Each night he takes a new bride only to have a silk cord wrapped around her throat come morning. When sixteen-year-old Shahrzad’s dearest friend falls victim to Khalid, Shahrzad vows
vengeance and volunteers to be his next bride. Night after night, Shahrzad beguiles Khalid, weaving stories that enchant,

ensuring her survival, though she knows each dawn could be her last. But something she never expected begins to happen: Khalid is nothing like what she’d imagined him to be. Incredibly, Shahrzad finds herself falling in love. Can their love survive this world of stories and secrets?

I really liked this book it had a great plot and I loved all the characters. I would definitely recommend this book to anyone.

12. The Rose and the Dagger by Renee Ahdeih

In a land on the brink of war, Shahrzad is forced from the arms of her beloved husband, the Caliph of Khorasan. She once thought Khalid a monster—a merciless killer of wives, responsible for immeasurable heartache and pain—but as she unraveled his secrets, she found instead an extraordinary man and a love she could
not deny.The saga that began with The Wrath and the Dawn takes its final turn as Shahrzad risks everything to find her way back to her one true love again.

This ending was just as great as the beginning, there were relatable characters who were frustrating, and then there was characters that I just wanted to reach through the book and give a hug. It was sad at the right moments, and shocking at other moments, and then, what everyone loves, the happy ever after.

Fallon meets Ben, an aspiring novelist, the day before her scheduled cross-country move. Their untimely attraction leads them to spend Fallon’s last day in L.A. together, and her eventful life becomes the creative inspiration Ben has always

sought for his novel. Over time and amidst the various relationships and tribulations of their own separate lives, they continue to meet on the same date every year. Until one day Fallon becomes unsure if Ben has been telling her the truth or fabricating a perfect reality for the sake of the ultimate plot twist.

This book seems amazing, I mean, isn’t any Colleen Hoover book? I haven’t read it yet but I think as soon as I finish this post I’m going to read it

Best friends since they could walk. In love since the age of fourteen.Complete strangers since this morning.He’ll do anything to r

emember. She’ll do anything to
forget.

I really want to read this book, it seems really good. I’m going to read it really soon, hopefully…

Best friends Dave and Julia were determined to never be cliché high school kid.They even wrote their own Never List of everything they vowed they’d never, ever do in high school. Some of the rules have been easy to follow. But Dave has a secret: he’s
broken rule #8, never pine silently after
someone for the entirety of high school. Dave has loved Julia for as long

as he can remember. So when Julia suggests they do every
Never on the list, Dave is happy to play along. He even dyes his hair an unfortunate shade of green. It starts as a joke, but then a funny thing happens: Dave and Julia discover that by skipping the clichés, they’ve actually been missing out on high school. And maybe even on love.

This book seems like a classic coming-of-age-fall-in-love-with-your-bestie book. I’ll give this book a go really soon. I haven’t read in a while, I’m in a really big book slump. But I will push through with a good contemporary read.

Thank you for reading my Back to School book Haul! Please follow my blog, or comment down below if you had any thoughts on the books!

2 thoughts on “Back to School Book Haul”